DID YOU KNOW YOU CAN TEXT US ANYTIME?

Our Fit Team is real humans and can be reached anytime! Maybe not 2am but maybe!

FREE AND FAST SHIPPING IN CANADA

Now reading: WHAT EMMYDEVEAUX JACKET WOULD THE CHARACTERS ON YOUNGER WEAR?
Next 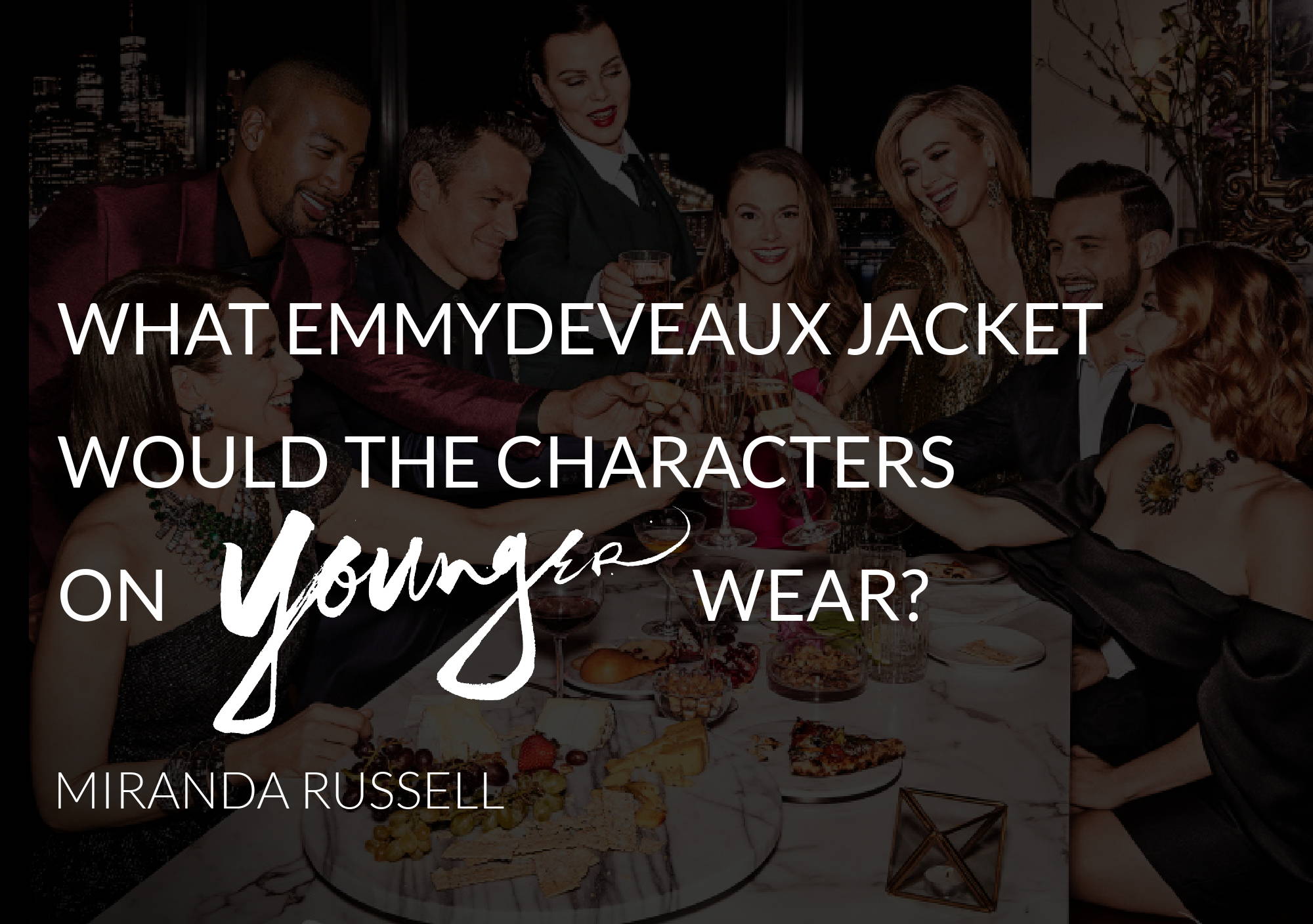 The seventh and final season of Younger is airing this April. Originally a novel by Pamela Redmon Satran, Younger was adapted as a comedy/drama and fans have been anxiously awaiting the final season. The show follows Liza Miller, a recently divorced mom from New Jersey who moves in with her best friend Maggie in her Brooklyn loft while she re-launches her life.

Liza quickly discovers that ageism is real and getting back into the workforce once you’re over forty is not as easy as she thought. This discovery launches a lie that takes over Liza’s life as she poses as a 20-something just starting out to land a job in publishing. If you haven’t watched the show yet you’ll be quickly sucked in with the comical shenanigans Liza gets herself into along with her friends, coworkers, and love interests.

In addition to the lovable and imperfect characters, the glitz of New York City and the disaster which can be launching your career and finding your footing in your early 20’s is absolutely endearing.

After a delay due to the pandemic the final season is finally here, the show is available in the US and Canada on Paramount+ and also on Amazon Prime for Canadians. We won’t drop any spoilers but since the last season left off with quite the emotional cliffhanger you can guarantee we’ll be opening a bottle of wine and settling in with a big bowl of popcorn as soon as possible.

With characters working in publishing, the arts, and public relations we got creative and imagined which EMMYDEVEAUX Jackets Liza, Kelsey, Maggie, Diana, and Lauren would choose for themselves. 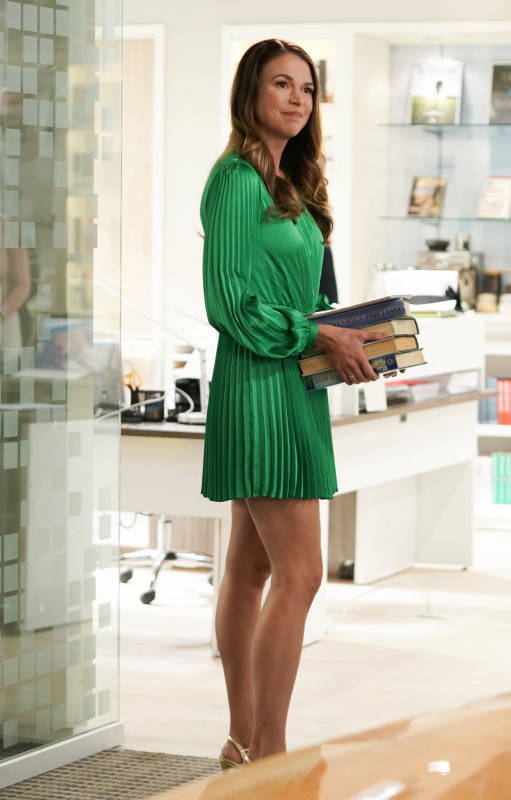 Our leading lady would go for a jacket that is versatile but fun and edgy enough to help her play the part of a 26-year-old. Liza often chooses to show off her gorgeous legs and the shorter cut on this jacket will let her highlight her legs while keeping her warm as she dashes from Brooklyn to Manhattan. As an added bonus, the pleather sleeves and two different styles of belt that come with THE MORGAN will help her switch up her look from day-to-day. We can see Liza rocking this jacket on the way to the office and out on dates (with men of all ages!). 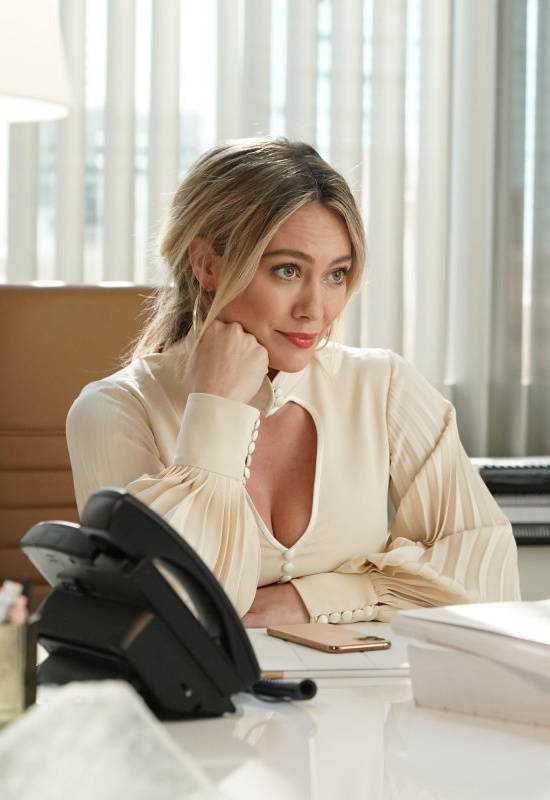 Kelsey is not only Liza’s best friend but also an ambitious and driven professional, she has to hold her own in boardrooms filled with men and against the patriarchs of the publishing industry. Like many 20-somethings she also has an active social life and several love interests throughout the show. To accommodate her professional and personal life, Kelsey needs a jacket that is easy to transform for different events, often within the same day. This is why we can see Kelsey rocking THE CHLOE. This jacket is easy to dress up for a high-profile meeting with an author Kelsey is looking to sign or an investor she needs to woo. It can just as easily be thrown over pleather leggings or a mini skirt for a night out or evening event. 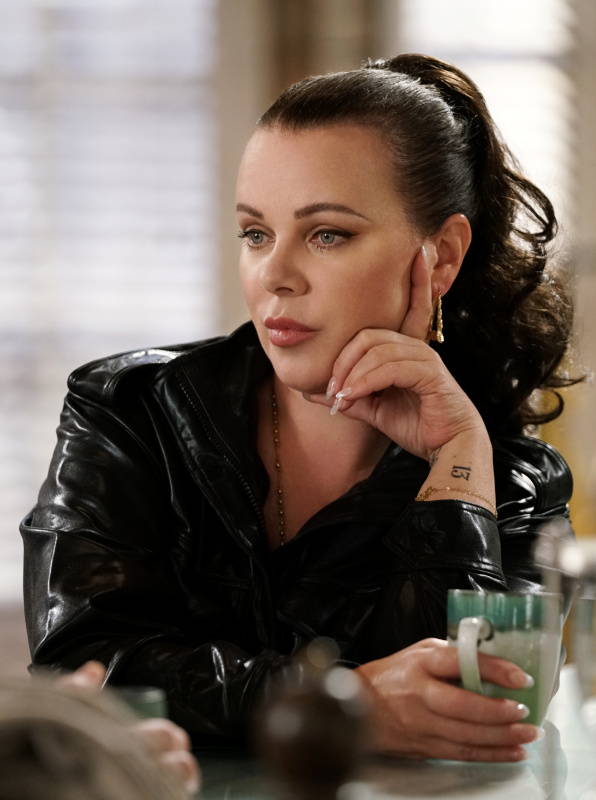 Next up is Liza’s best friend and savior Maggie. Our resident artist let Liza move into her Brooklyn loft when she needed a place to stay after her divorce. Not only is Maggie full of attitude, wildly creative, and open about her sexuality - she also has a heart of gold. Full of sassy metaphors and advice that’ll put you in your place. Maggie needs a jacket that matches her artsy soul, that’s why we’re picking THE JORDAN for her. This jacket has mixed materials and the faux leather matches Maggie’s bad-ass side while the straight shape and no front closure give way for some dramatic flair. With no closure, you can be sure that Maggie can show off whatever she is (or isn’t) wearing underneath. Like most EMMYDEVEAUX jackets, THE JORDAN is versatile enough to take Maggie everywhere from her latest gallery opening or to a hot date. 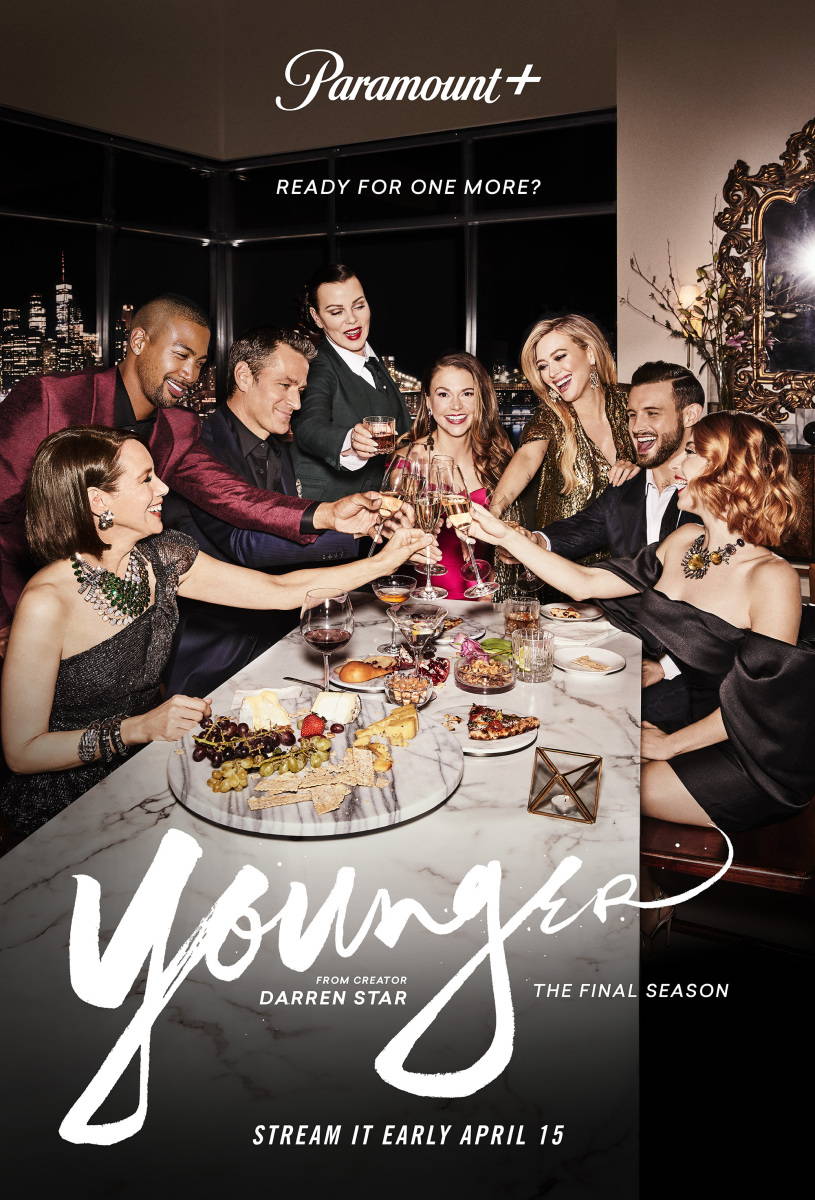 We’re pairing with THE LONDON, specifically in white. Diana needs a fashion-forward and eye-catching look to match her commanding personality. We also like the idea of this power blazer for her to match her leadership role in publishing and the mentor role she occasionally plays for the other characters on Younger. In addition to being the perfect workwear look, THE LONDON has a great neckline that allows Diana to show off her signature necklaces that are the final touch to almost all of her looks in each episode. Plus with her elevated (while most likely embellished) position in publishing she can comfortably take her town car to work or out to events and doesn’t need a proper overcoat. Early insight to this season has indicated Diana will have a smaller role due to scheduling conflicts and COVID but her style will live on from prior episodes. 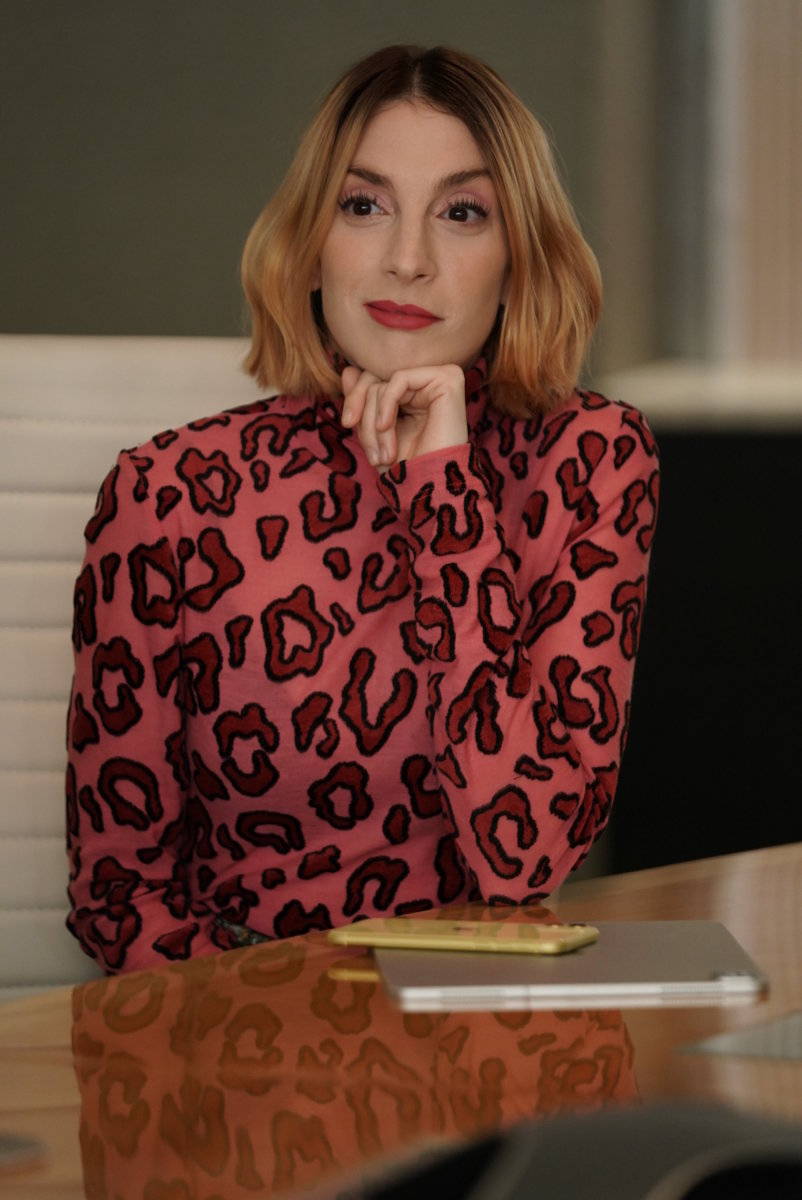 While Lauren started as Kelsey’s close friend, her love of the spotlight and inability to shy away from attention has carved out a hilarious position for her in the show. We know that our PR maven needs a dramatic and notable jacket that she can wear to her many events. That’s why we’re picking THE QUINN for Lauren. This jacket is equal parts power professional with a structured collar and double-breasted front panel before flaring out with a dramatic skirt at the bottom. This combination of classic and eye-catching is perfect for Lauren who loves a bit of drama but is also an entrepreneurial professional making a name for herself. The ability to wear THE QUINN as a jacket or on its own as a dress is also a winning feature we believe will appeal to Lauren.

How do you think we did with the jacket pairings? If you’re a fan of Younger we’d love to know which character you relate the most to and if you think the jacket we paired them with is a good match for their personality.

Now that the new season is out we’ve already binged the first four episodes and are looking forward to enjoying more. At least until events and travel resume again we can live vicariously through the New York lifestyles of the cast on Younger.

Miranda is a writer and communications professional based in Calgary, AB. She is an avid reader and home baker. In her downtime, you can find her curled up on the couch with her dog and a good book. Or binging the latest tv shows. Her most worn item from EMMYDEVEAUX is the pleather leggings.

STYLING YOUR PIECES WITH DENIM

WHEN ART, FASHION AND THE DIGITAL WORLD COLLIDE